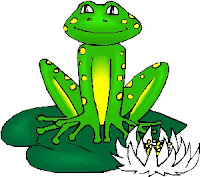 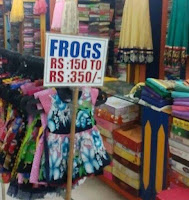 Let’s walk with our ancestors today and go for frog-watching in different parts of the world at different stages of human migration. Switch on your time machines. Now   you are right at the time of the first sighting of frog in human history. It is rainy season and you hear the frogs croaking:
Tar tarr trr tar trr tarr tarr...टर टर्र, टर्र, टर टर्र टर्र ....

Somewhere else migrating human populations are playing with the word DADURA

DADURA (Frog in Sanskrit)
JAJURA (mutation from D>J or J>D is very common in Sanskrit words)
CHAJURA (mutations between CH>J or J>CH are very common)
CHAYURA
CHURA (Frog in Swahili)
**
DADURA (Frog in Sanskrit)
TADURA
TAJURA (mutation from D>J or J>D is very common in Sanskrit words)
TAYURA
TAVURA
TAVULA
TAVALU
TAVALAI தவளை (Frog in Tamil)
**
DADUR दादुर (frog in slang Sanskrit, Hindi)
DADDUR
DADDUY
THATUY
THATA (frog in Ayapathu, an Australian language)
**
On a frog trail, we pass through a village.  We see children playing and jumping. They join us. As we spot a new species of frog, the children start jumping.  A child asks me: “What’s its name?” I ask him back, “you tell me. Haven’t you seen it earlier?” Not to be taken as low-witted, the child says KRIDA (word for play in Sanskrit)!
DADUR or DADDU has a new name now: KRIDA. The word travels with our ancestors down the time: 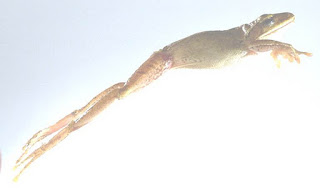 Several centuries have passed in our travels with ancestors. We come to Europe and find that people migrating into Europe have given another name to frog: PRAKSHE which mean projectile in Sanskrit. People down the centuries continue their play with this word:

Back from our time-travel let's check the English dictionary for etymology of frog. It says:
Word Origin & History